The Vincennes University Aviation Technology Center is the home of many full-functionaing and partially function airplanes and helicopters, including a fully functioning Boeing 737 Jet 200 series. Aircraft and parts are donated from the government, military or by private donation. If you are interested in giving a donation and would like more information on the process and tax deductions please contact ATC@vinu.edu. 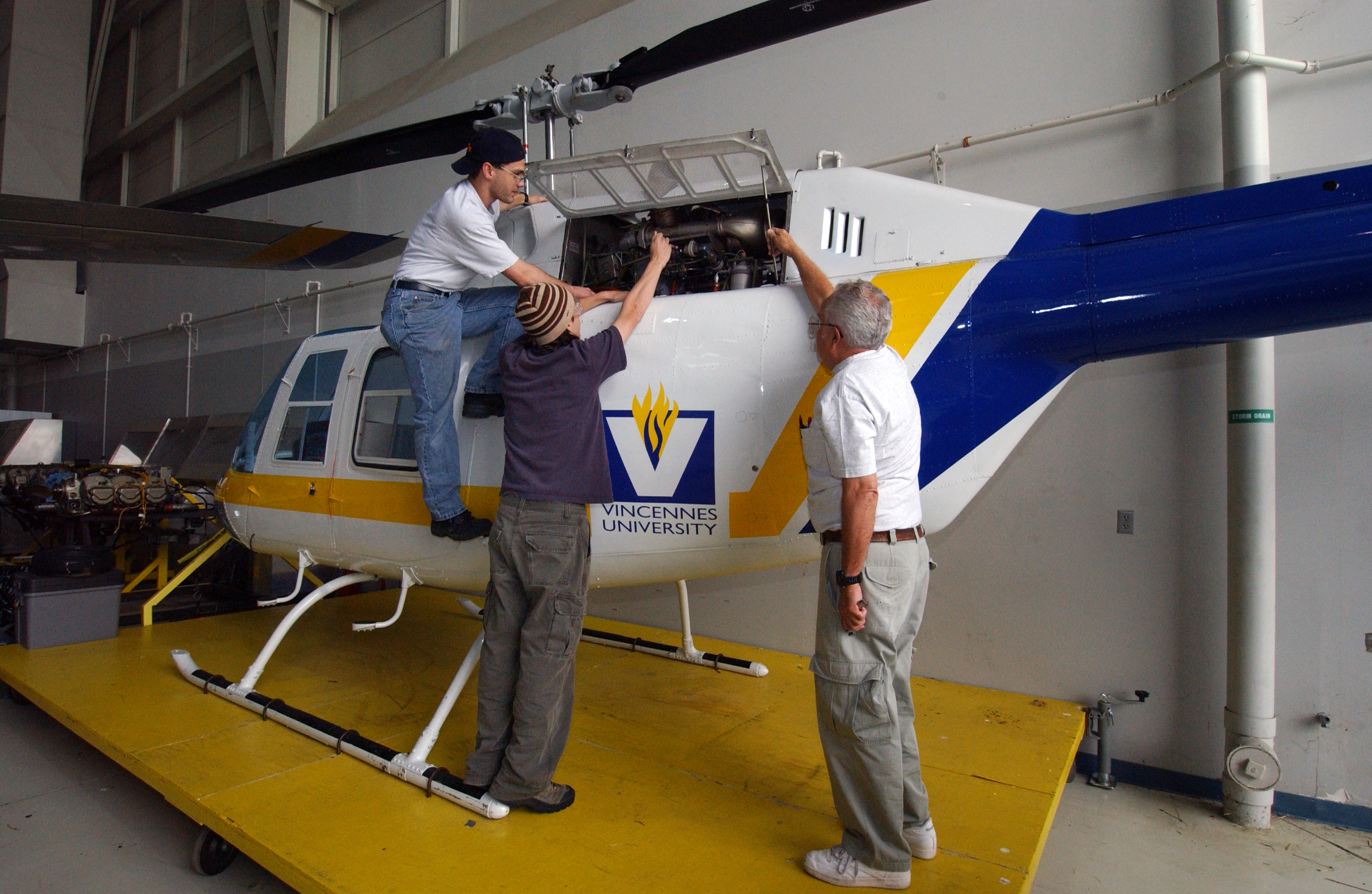