Vincennes University Sociology Professor Rob Evans has stood on the front lines for his country, worked with patients at a psychiatric hospital, lived at a silent monastery for a year, and is currently fighting a battle with cancer.

Serving the country, working with mentally ill patients, residing in a silent monastery, and fighting an ongoing battle with cancer all sound like different people with different lives. In his case, those are all just a handful of different memorable experiences for Evans. 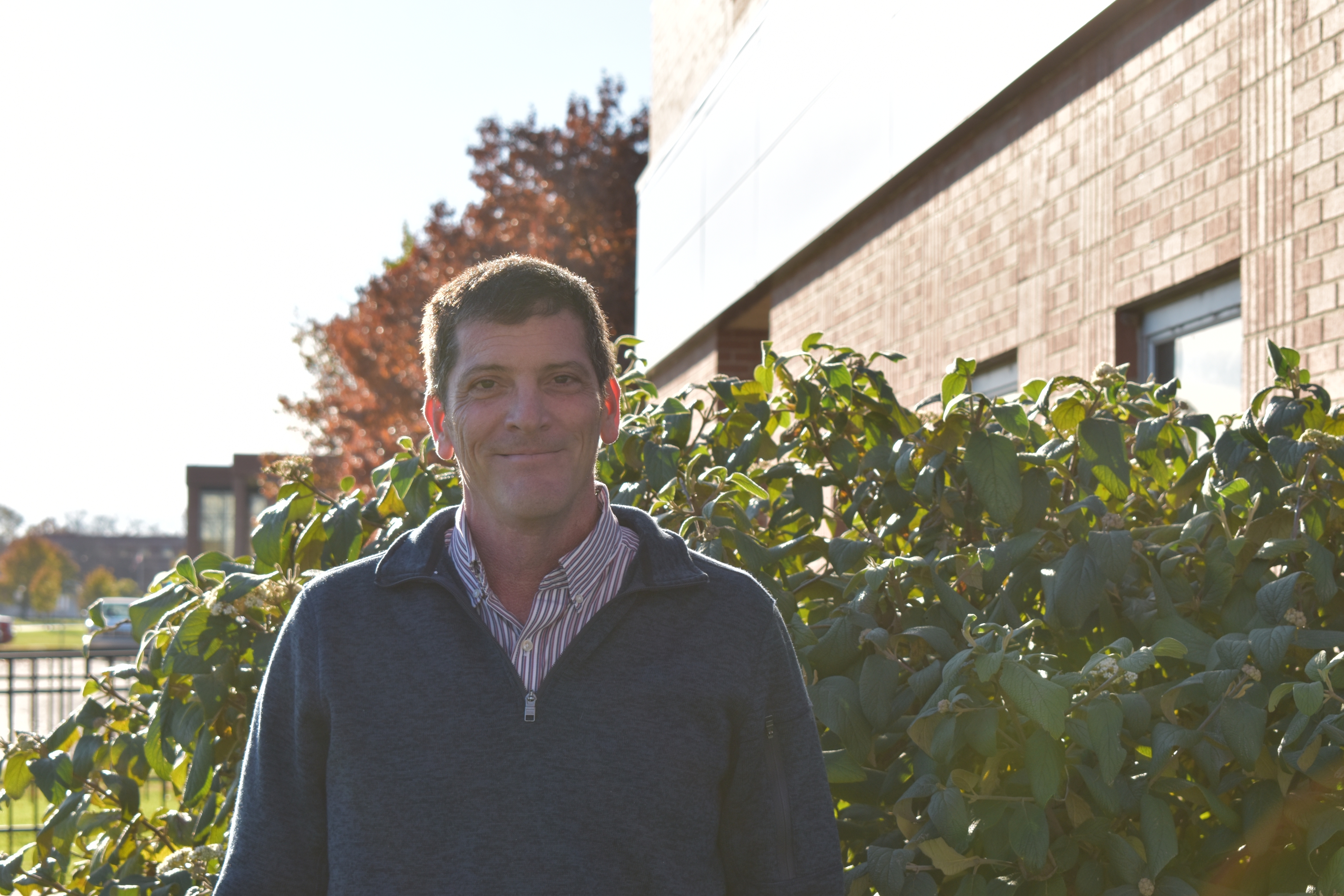 "I was diagnosed two years ago with stage 4 cancer, with a bunch of brain tumors," he said. "Life expectancy was about 5-6 months which was a little over two years ago. Before that, I was a full-time teacher for 15 years. Then before VU, I was actually in the Marines for a while. Then I joined the silent monastery and lived there for about a year. Eventually, I ended up going to graduate school at the University of Kentucky. Then I found a job at the Good Samaritan Hospital.”

Evans, who is originally from Wappingers Falls, New York, teaches courses in sociology and social work at VU.

"I came to Vincennes University, and I was a counselor for five years. I’ve been at the University now for 24 years. For the first five years full-time, I was a drug and alcohol abuse counselor. Then I switched over to teaching in 2002. I’m a clinical social worker, so I was a therapist for a long time too. I have also worked part-time at Superior Court for the last 15 years working with substance abuse folks. I enjoyed that work. It was very meaningful,” said Evans.

"VU has been a wonderful place. The University has been wonderful to me. I’ve really missed teaching, so I’m glad to be back in the classroom. I’m very grateful for the people I’ve met here, for the friendships I've made, and for the support I’ve gotten,” he added.

According to Evans, he followed his older brother’s footsteps in serving his country during and after college.
"I decided to go to the Marines because I had an older brother who went to Officer Candidate School for the Marines. I didn't want to go the officer route, but enlisted and was trained in Infantry.” 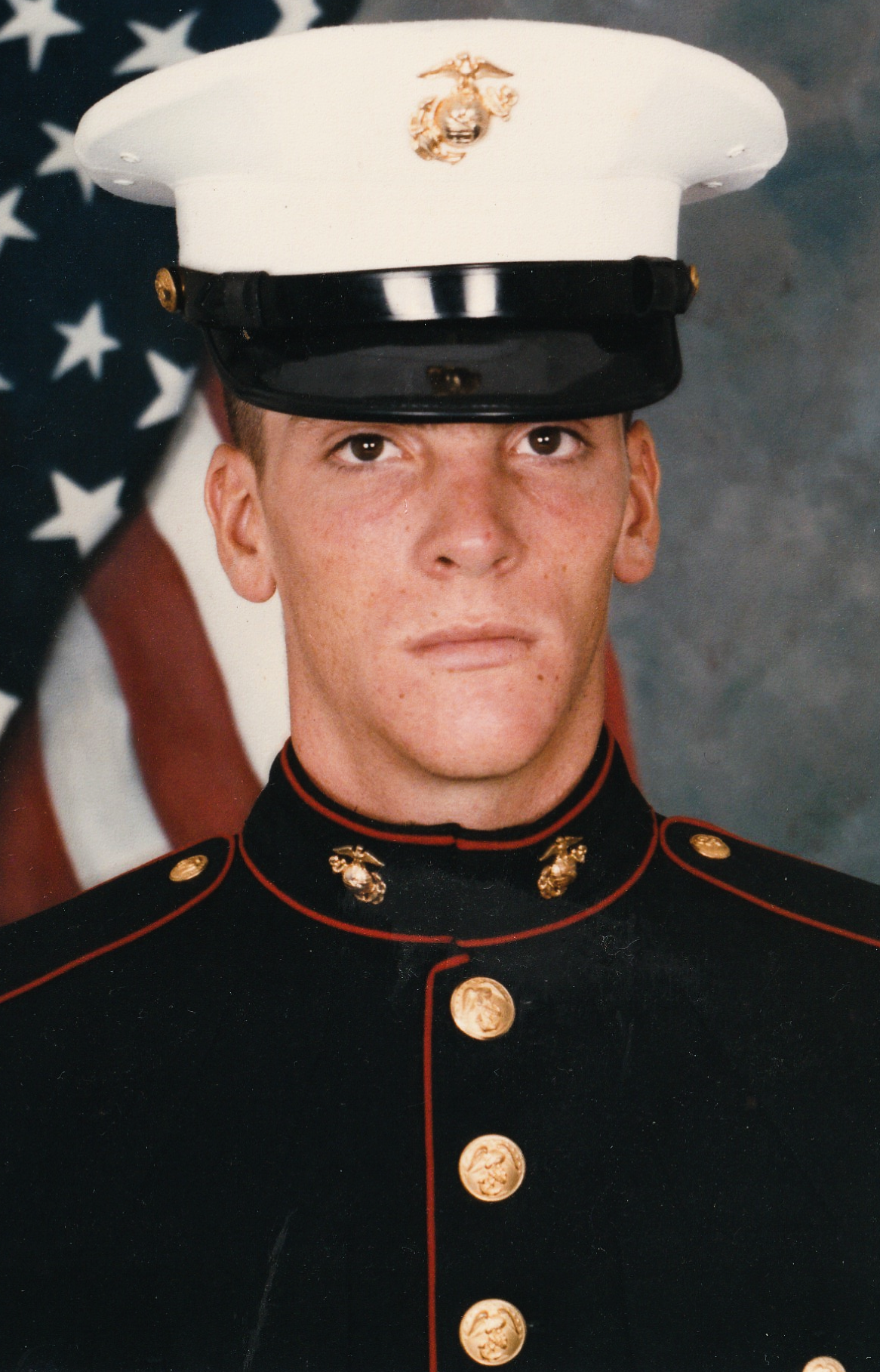 Tired of studying after finishing college, Evans decided to take on the challenge of living in a silent monastery in Utah for a year.

"Instead of going to a seminary which is even more studying, since I am Catholic, I thought I should try the monastery because I read a book about it. It was a very different life. We had to get up at 3:15 a.m every morning, we had no TV, no radio, no internet, and we were in church seven times a day. The rule of silence states that you aren’t supposed to talk about your personal life or talk at all if you can avoid it. It was like having 30 grandfathers because they are all like older folks. It was a great experience. We actually learned sign language to communicate. It’s not the same as American Sign Language, but it is similar, so if you needed to, you could communicate with others. I asked one of the monks to teach me a sign each day, and he did.”

Collecting and packaging fresh eggs from chickens and working with the vital irrigation systems needed to make crops grow are just a few of the tasks he had to complete every day while working on the monastery’s farm.

"Since we worked on a farm, it was OK to talk to ask for instructions if something was unclear they didn’t mind that. We had a fairly large farm. It was about 2,000 acres and extremely busy. In the morning, I would process eggs because we had about 5,000 chickens. I would sort the eggs and pack them up. In the afternoon, I would be out in the fields, moving irrigation and working on various stuff on the farm. It was very physical, and unfortunately, most of the monks were older, so it somewhat fell on the younger folks to do a lot of the farm work. It was pretty tough," Evans said.

After living at the silent monastery, Evans put his degree to work and gained some crucial experience at the Good Samaritan Hospital. He worked in the psychiatric department.

"I’ve always had the feeling that if I’m going to teach social work classes or psychology that I should have some experience in the field. It shouldn’t all just be book learning. It really helped me become a better instructor to work in the field part-time while teaching full-time. With the psychology club, we take them every semester to Evansville State Hospital. So they can see the inside of the hospital and see how it works. We do require them to get internships with agencies in their first year. We want students to get out there to see what it’s like to work in the field. Education excels when they allow students to get hands-on work in their field of study to see what it’s truly like in their field,” Evans said.

Diagnosed two years ago with stage four brain cancer, Evans is taking every day as they come and treasuring every blissful moment life gives him.

"I just take it day by day," he said. "I still have three brain tumors, so I’m not really out of the woods yet. The oncologist was very clear. He said, ‘Enjoy whatever you got because we don’t know how this will affect you’ since I was a newer patient. All of this treatment is so new because when I first got diagnosed, they wouldn’t even do the newer treatments for people who had brain tumors, so I was fortunate by timing because I got the newer drugs and had pretty good responses to them. If I asked the oncologist how long this will stay in check, he’d look at me and say he would have no idea since I’m one of the first people to go through this new treatment. I kind of look at it as I’ll take each day and appreciate it. “

Evans said these adventures and encounters he has had, have made him into the person he is today. He’s appreciative of all the memories he has and hopes to keep making more and maybe one day hopes to visit Ireland, where his grandmother is from.